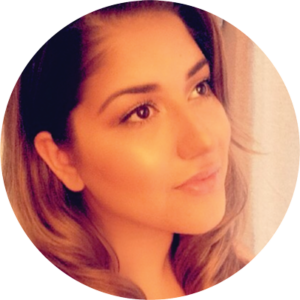 “Art is beauty, the perpetual invention of detail, the choice of words, the exquisite care of execution.” – Theophile Gautier

Born and raised in Vancouver, Sandeep’s interest in hairstyling began in high school where she worked as a hair and makeup artist for her high school’s musical theatre company. After graduating from Vancouver Hair Academy (VHA) in 2013, Sandeep worked alongside VHA hair instructor, Sarah Namrood, at her downtown Vancouver salon. Shortly thereafter, Sandeep went on to pursue freelance salon styling and continues to cut, colour and style at her own private studio.

In 2015, Sandeep worked with renowned British film and TV hairdresser, Stephanie Kaye at the National Association of Screen Makeup Artists and Hairdressers in London. During this schooling, Sandeep learned to work with wigs for TV and film and focused on advanced period hair styling. In August 2016, Sandeep began working with Belle Femme Studio, where she looks forward to expanding her skills in bridal styling. Sandeep has a passion for editorial, film and TV hairstyling and can’t wait to be on set with Belle Femme Studio to fulfill her interest in period hairstyling.